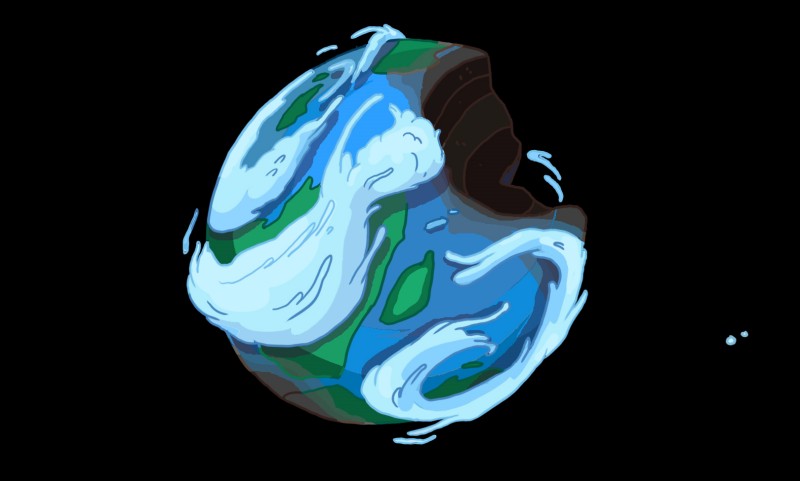 Adventure Time is a cartoon about the fantastical anime/D&D quests of a boy and his anthropomorphic dog. Superficially, it is joyous: filled with treasure, candy, fart jokes, dayglo idiots, new slang, and dance parties.

But the joy in it is post-post-apocalyptic: the show is undermined and deepened by a dark frame - the adventures take place in a ruined Earth, with ~all of the adults gone. It is an unusually good depiction of nihilism, trauma, the ‘meaning crisis’, being neuroatypical, the contingency of self, virtue, success, love, and even existential risk.

Without reading between the lines, the show is just normal Cartoon Network Power of Friendship fare. But the real theme of the show is how to be happy in a hostile, finite, godless world. Probably only about 50 of the 280 episodes are about this, but it’s the rich part.

DISCLAIMER: There are about 700 characters in the show. With this many degrees of freedom it’s possible to support most weird readings by being selective.

Manichaean religion viewed the world as a finite war between light and dark - with light constantly leaking out of the world, unto eternal night. So too in Adventure Time: as the series goes, more and more of the heroes, gods, and stabilising forces in Ooo are removed:

Against this steady loss of checks and balances, villains disappear too. Because they die, or because they are aggressively humanised.

* Some of this post was written before the last few seasons brought people back and generally pushed against entropy.

The least childish thing about the show is the repeated instances of unpunished evil and unrewarded virtue.

Martin: the fragility of self, the accident of virtue

Martin is Finn’s estranged dad. He is introduced as a horrible rogue with no paternal feeling whatsoever. Later we realise that he was actually separated from Finn while heroically defending the boy, and got brain damage.

Fans dislike the brain damage idea, since it feels to them to rob his actions of the evil and arrogance they want to ascribe him. It’s true that cheap writers use brain damage as a way of getting out of plot corners. But this instance is neither cheap nor dissatisfying:

Martin the husband tried his best, was even heroic, and still ended up failing his family - and worse, ending up with them thinking he was a villain; and worse, actually having his personality altered to confirm that impression.

The point is that the self is fragile; virtue and vice are partly happy or unhappy accidents; and yes the mask can eat into the face and make you into what you do.

He was a rogue and a cheapskate before Minerva, but he is much much worse than this after the head injury. You can retcon this as his defence mechanism from shame, but I find the neurological explanation simpler, more disturbing, and satisfying.

What do we know? 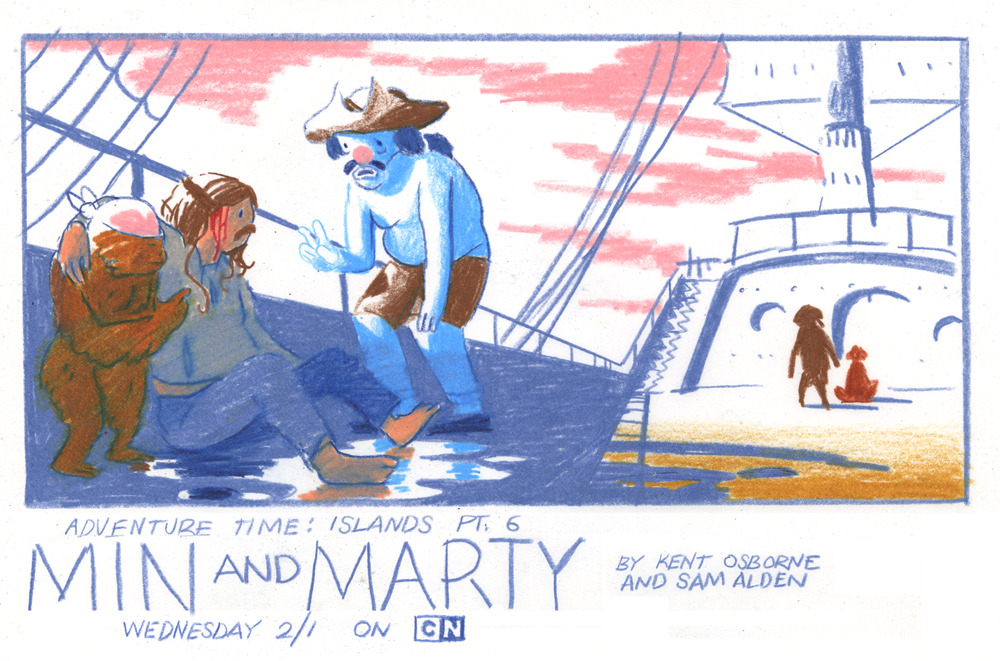 The most startling episode in the whole series is Lemonhope II. A thousand years after the events of the main series, Lemonhope wanders through an empty wasteland, passing abandoned cities and fallen landmarks. We see no other life. Then alone he dies.

The timeline it implies:

That is, this cartoon depicts the total death of its own world.

Or maybe everything stays

Understandably, the finale veers away from this, instead emphasising endless cycles of death and new life. It hints that Lemonhope II isn’t the final word on Ooo, that it goes on: “people just keep living their lives”. There are more and more apocalypses, and people recover and get used to it each time. “Everything stays, but it still changes”

I don’t mind this alternative; unlike the reading of Martin that paints him as just a wilful liar, or just the result of deeply repressed shame, the eternal adventure is at least an ethos.

The final song, “Time Adventure” has a lot going on. First: 4-dimensionalism about time.

Time is an illusion that helps things make sense
So we’re always living in the present tense.
It seems unforgiving when a good thing ends
But you and I will always be back then.

It’s common to deny that good things were good, e.g. following a breakup. Like Plato: “not real if it doesn’t last forever”. But on plausible views of time (growing block or eternalism), the value still exists after it is over: nothing subsequent can ever touch it. The universe’s heat death (the end of this show) is bad, if it is bad, because it stops us having more value, not because it nullifies past value / meaning. I find this incredibly helpful to steer through life.

Second: “Time Adventure” has the characters directly address us, the audience.

If there was some amazing force outside of time
to take us back to where we were
And hang each moment up like pictures on the wall
Inside a billion tiny frames so that we can see it all, all, all
It would look like:
Will happen, happening happened…

That force is you, e.g. watching favourite episodes out of sequence, e.g. writing long strange rants about headcanon. Possibilist reference, if you like. Whatever its internal fate, Ooo is immortal already because we’re outside their time. It’s not gone until we’re gone. It cushions the cancellation of a beloved show with a sermon on the serenity of a good philosophy of time and reference.

Watched the whole show because of this post. Very happy I did so. Thank you for giving me a reason to try out the series.