...we give you no fixed place to live, no form that is peculiar to you, nor any function that is yours alone. According to your desires and judgment, you will have and possess whatever place to live, whatever form, and whatever functions you yourself choose. 3


...a human being, for moral purposes, is largely how he or she describes himself or herself.

This feels slightly alien, ill-conceptualised. It confuses preferences with identity, and doesn't have any sense of which preferences we can or should treat as adaptive.

I didn't know the term "fake framework" at the time, or "guerilla ontology", but that's maybe the best way of taking this. YMMV.

I and my friends have a practical theory of identity, inspired by an (implausibly) positive reading of the oddball sociologist Erving Goffman. Call it bootstrapping:

Compared to the received view of identity, which holds that “Once grown, you are an essence of given things that will not change. Biology + Childhood + Peers = Self”, this approach hopes for: freedom from some of the more obvious social determinants; allophilia; psychological neoteny; and maybe less distortion of beliefs by tribal forces (or maybe just interestingly different distortions).

[Edit: this ended up taking 6 years]

With enough work, maybe there is no-one you cannot associate with. (Barring their bigotry, the ultimate divisive preference.) 2 Most cultures are permeable: there is great joy in e.g. playing football with people you share no language, religion, background, or life goals with. 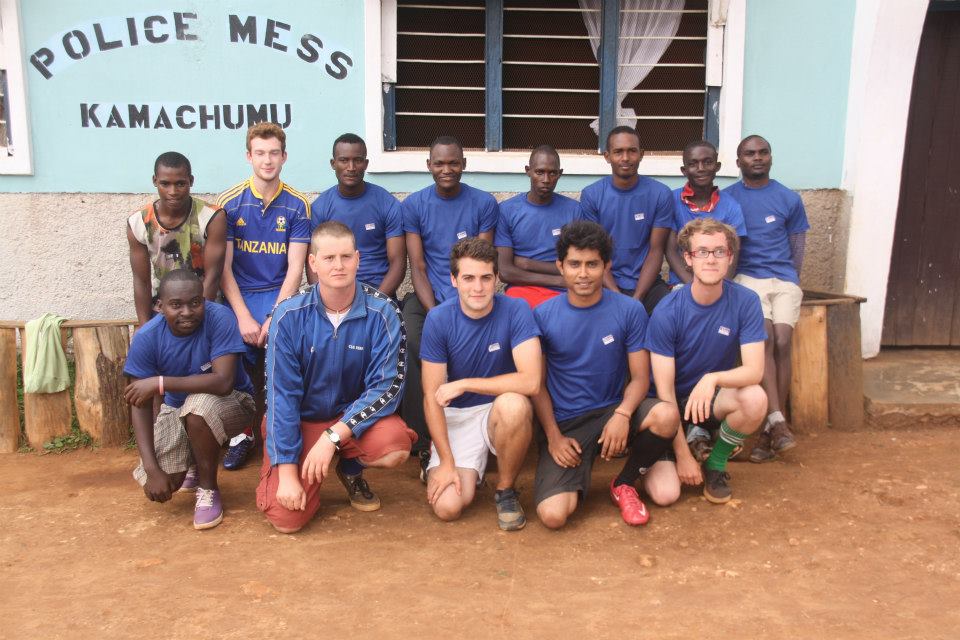 What does this odd idea depend on?

Unfortunately for this sunny picture of human potential: most people treat identity as fixed, and deadly serious business. Depending on what you set out to like, bootstrapping could be seen as disloyal (when you decide not to follow your family’s faith), decadent (when you have a procession of unused musical instruments in the loft), or appropriative (when you call yourself African after buying up land there).

Also it seems possible that identity is intellectually corrosive; a risk factor for large permanent delusions. How can we balance our suspicion of identity with bootstrapping’s enthusiasm for it? Well, just note that it’s the freedom and lightness of identity that we value; the main problem with particular identities is when their essentialist-parochial character leads to moral or cognitive bias.

One way out: distinguish ascribed and achieved identities. (e.g. Being a dentist is an achieved identity, and besides an easiness with instructing others it probably doesn’t have too much bias involved.) Most of the anger seems to involve defying or stepping across ascribed ones.

[Edit, much later: or you could just drop identity from the discussion entirely, in favour of just modifying preferences.]

The human mind can barely handle important complex stuff without maths, and I should like to handle some of that stuff in my life.

Yet, despite trying for 6 months - despite strong motivation and personal affinity - I have so far failed to make myself into someone who like higher mathematics. I can do it, but I do not grok it like I do text, rhetoric, connotation, uncertainty. If you only have algorithmic ability - no proofs, no sense of dependencies, no originality - you’re a monkey driving a car.

I'll persist anyway, because it is ludicrously useful; a seriously underappreciated sphere of human creativity; I refuse to live in fear or sour grapes.

On a brighter note, maths may well be the limit case of our happy project, casting light on its process and boundary. It might be the area where mere algorithmic knowledge falls most short of real understanding, and thus real identification.

some philosophers seem to be angry with images for not being things, with words for not being feelings. Words and images are like shells, no less integral parts of nature than are the substances they cover, but better addressed to the eye and more open to observation. I would not say that substance exists for the sake of appearance, or faces for the sake of masks, or the passions for the sake of poetry and virtue... all these phases and products are involved in the round of existence...

The first duty in life is to assume a pose. What the second is, no one has yet discovered.

My guess is this:
1. Study cultural codes.
Read autobiographies and watch YouTube by real people, possibly meet them in real life. For some things finding ‘good material’ could be hard. Would beware of fiction.
Make a list of behaviours and beliefs (or intrinsic characteristics) that determine that identity (‘role’).

2. Memorise this list.
Think about situations primarily in your daily routine where your behaviour deviates from theirs. Then try to do it their way. Write in a ‘research journal’ to reflect on which actions you should have taken.

3. Try to ‘feel’ yourself posessing this identity.
Arnold Schwarzenegger has this in his biography, where he thought about becoming a strongman so much and hard, that he somehow imprinted it on his intuitive understanding of who he was. What he saw in the mirror no longer felt right. I find that very compelling.
This could be a thought exercise done while falling asleep, for instance. Or maybe you have to do it ‘in the moment’?

Idk, I ended up writing that out for myself