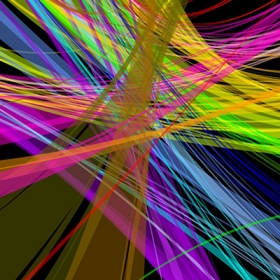 Gene linkage in a small part of a genome

I’m keen to get my genome sequenced. This is so I can dig around in my data, snooping for clues about genealogy, psychology, and health. It’s a highly novel kind of narcissism.

I’m mostly just waiting for the cost to plummet some more. One reason it isn’t cheap yet is regulation. Most of this concerns data privacy, including my right to be protected from misinterpreting information I ask for and pay for.

I don’t necessarily understand my society’s extreme caution in this manner: I harbour an ambition to put my genome up online as a joke: so I can say “I am open source”. But some people have already done this for serious reasons, to find unknown relatives.

Here are some things you might worry about if you did such a thing.


(Then, of course, there’s everything I haven’t thought of - and everything no-one has thought of - everything which the great random-situation generator called physics hasn’t yet thrown up. You should probably seek privacy based on this, more than the above.)


« Does the gut cross the epistemic barrier? 'Hitler's Uranium Club' (2008) by Bernstein »