If you were to learn one area of maths properly, what should it be?

Depends what you want to do with it. Send tweet.

In computer science or machine learning, when people talk about the areas you need, they usually mention calculus, linear algebra, probability theory.1 These are some of humanity’s greatest achievements, and probability can totally change your life, since (outside of mathematics or the wider Set Exercises of school) we have nothing to work with but probable and improbable, priors and data.

What if you’re not a technical researcher? What if you just want to get as much clarity as you can, without devoting years of your life to it?

After probability and basic programming, I think there’s no area better than graph theory. It is both incredibly intuitive and hyper-efficient. It is useful for almost any discrete application: logic, science, society, … It lets us do lots of things whenever we have “some relations between some objects”, i.e. any time we can ditch the continuous.

Obviously this is isn’t as abstract as we can go - why have those clunky objects? But it’s a nice median.

Getting into the habit of drawing a directed graph is probably the simplest way of thinking better. It takes one minute, and even the qualitative unweighted version will allow you to instantly spot disagreements. I dream of a world where people disagreeing (on Twitter, in debates, in journal letters pages) head to Sketchviz and work out exactly where they’re diverging, probably in the relative thickness of two edges. They are astoundingly useful for data-driven science. But they are unbeatable for communication.

Proof by inspection. You can go far in graph theory with visual reasoning.

[TODO: Gif of “every 4-path is self-complementary”]

Modularity. You can do lots of things locally, ignoring the overall structure.

It is always nice to be able to reduce some problem to shortest-path or minimum spanning or message-passing or any of graphs’ optimal dongles.

So many things are graphs

In some sense anyway, whether it’s mathematical equivalence , having a 1-1 mapping (logic), partial capture of structure (groups), or just a useful approximation (society). 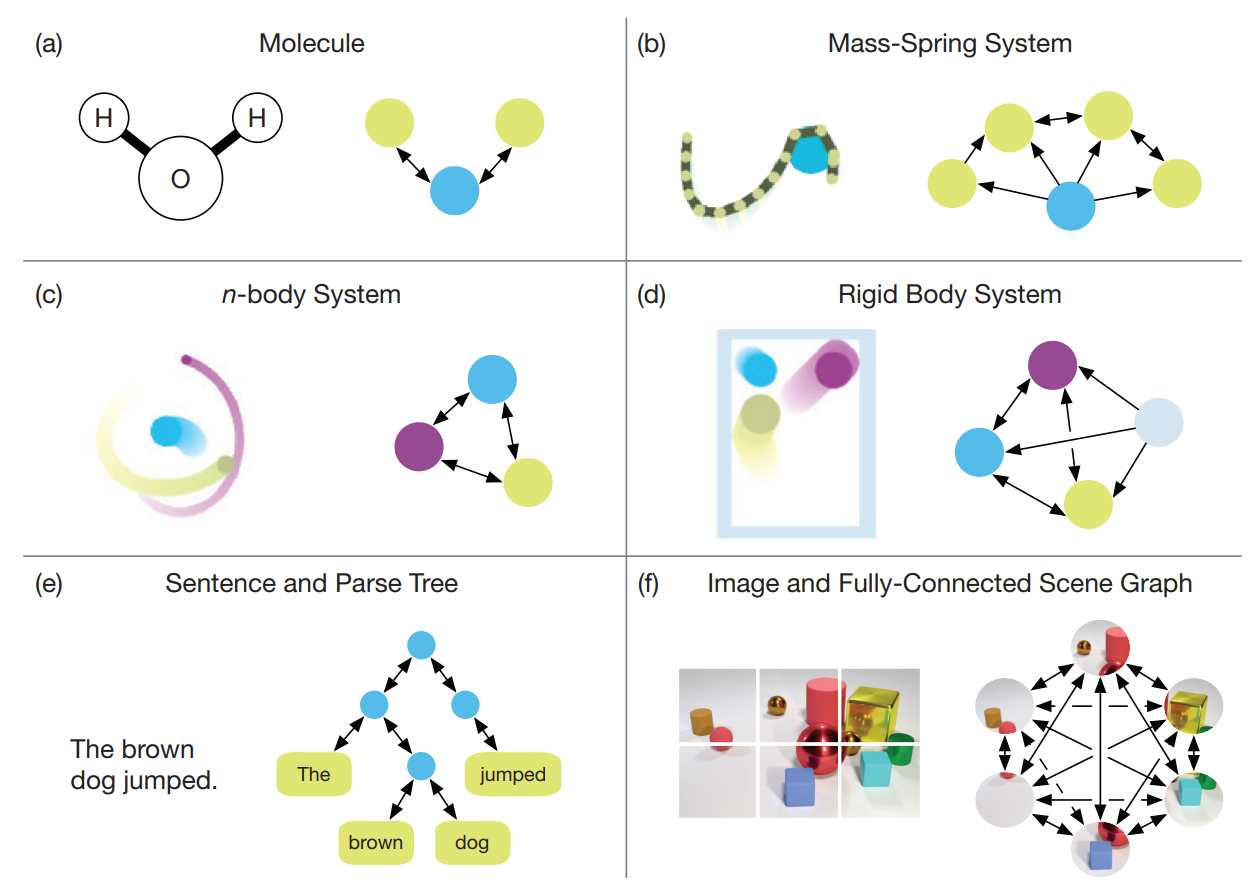 Logic is Trees is Graphs

Any well-formed sentence of logic has a syntax tree, which is a graph.

(Also linked-lists are trees are graphs…)

Ray tracing and Q-learning and currency arbitrage is graphs. I love this post so much.

Statistics is one of the hardest things I ever learned. It’s just so vast, and even a good grasp of the theory (which almost no-one has) does not prevent 100 completely fatal silent mistakes. Graphs unify the stats zoo.

Strictly speaking there isn’t a lot of graph theory in PGM work. But some graphish algorithms like message passing are still cutting-edge. 4

Convolutions are graphs. (Edge from a node to all neighbours and self.)

The Transformer is a graphnet.

This paper tries to unify many of the discrete neural nets that have sprung up into one framework, and it has an extreme grandeur. 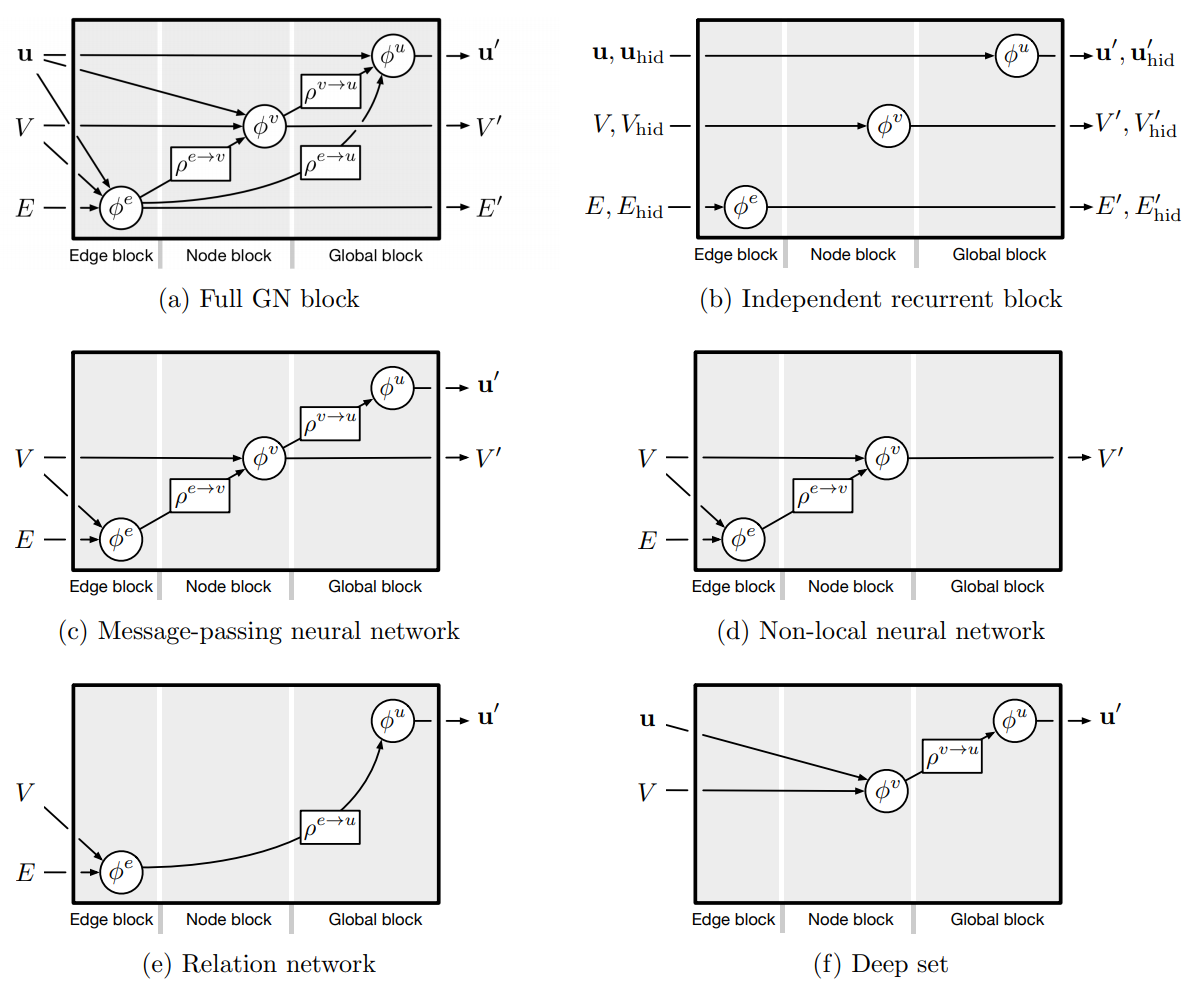 Many serious databases use trees. i.e. Every formal activity in modern society relies on graphs.

Graph kernels are so fast.

Just one instance of it showing up in remarkable mathematics: Ramsey theory for Szemerédi.

(This is number theory but the proof flits between that and graphs.)

You get there via Ramsey’s theorem: “any finitely coloured, sufficiently large complete graph will contain large monochromatic complete subgraphs.”

The path from basic principles (Pigeonhole or Handshake) to huge results like this seems shortest in graph theory. Or maybe that’s just my brain.

Learning the descent of species.

Learning which cells are connected(!)

PageRank treats the internet as one giant implicit graph.

A lot of the best sociology and epidemiology uses graphs as the core tool.

I do not speak, I operate a machine called language. It squeaks and groans but is mine own.

When I write, I am taking the great implicit graph of my thoughts and ripping out a tiny number of particular nodes, and maybe two or three of the many edges. I then serialise these nodes (imposing an artificial order, discarding my weights, idiosyncratic associations, and colour), and have to just hope that you are able to reconstruct some of the original graph from the drips that come through the narrow and impoverished channel of language.

The “don’t call it a notetaking app” notetaking app Roam is designed with this in mind, and it is by far the least unpleasant way of thinking about everything I’ve ever seen.

I am dazzled by how general it is. I haven’t seen any list of the above; I just kept on finding it in new places, it just kept eating objects until I fell in love with it.

Of course you can go much more general in at least three directions: programs, for instance, are much bigger than graphs. But for an easy step into rigorous and general ideas they are the winner.

Graphviz is kinda painful to use without a live GUI, but Sketchviz pretty much works unless you have very strict spacing in mind.


« Stimulant tolerance, or, the tears of things hope dies last »