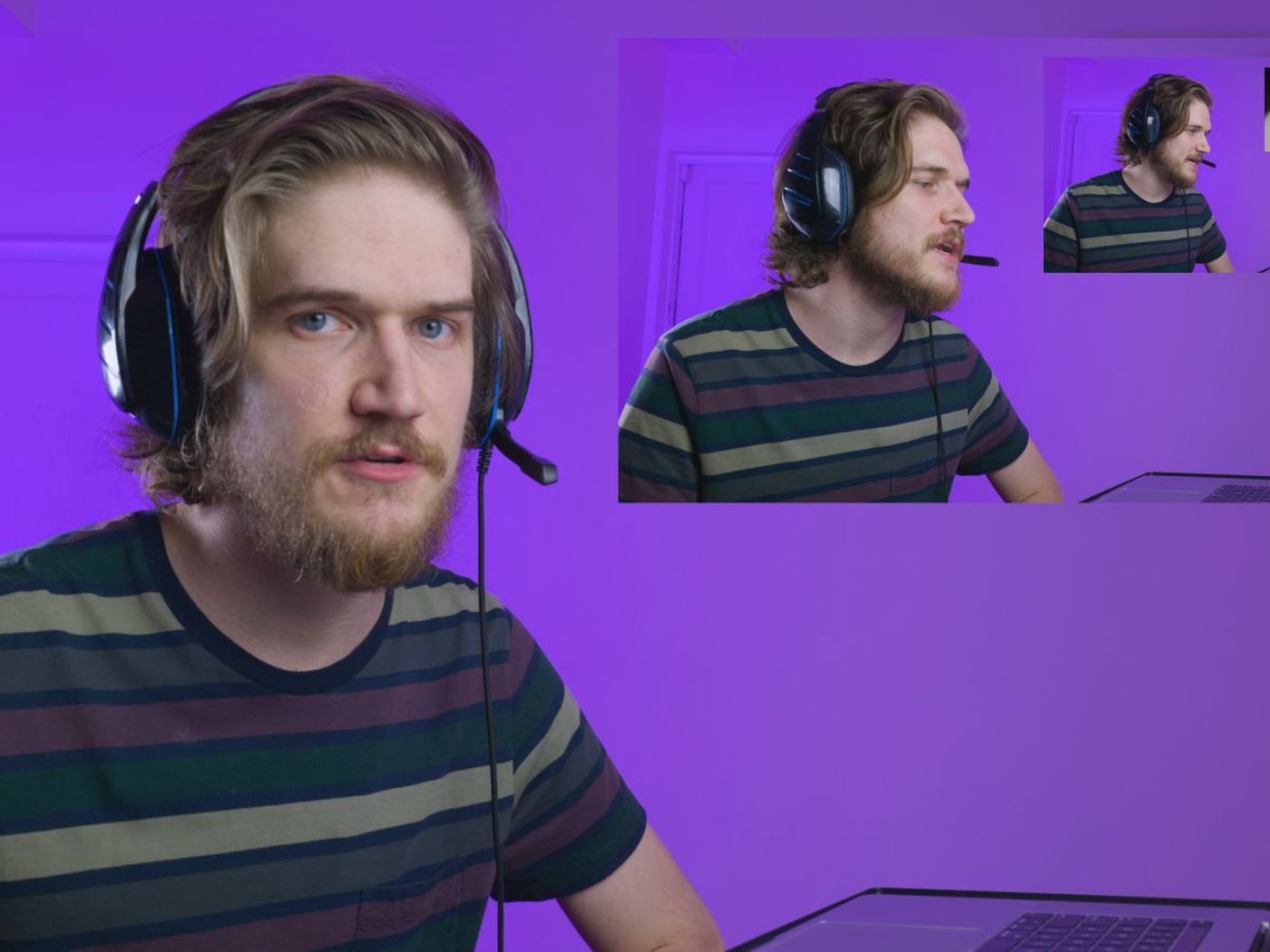 – Bo Burnham as The Internet

Because the Internet, mistakes are forever
But if we fuck up this journey, at least we’re together…
No one’s ever been this lost
I just get the information, retweet or say it sucks

What does music tell us about the world? Almost nothing.

What does music tell us about the prevailing view of the world? Something: for most people it’s more ideologically powerful than books.

The cool music of the noughties has a clear worldview. Too clear, if anything, but then the evils seemed clear. Anti-war, anti-surveillance, atheistic, pirate parties and information wants to be free. Freedom as a bipartisan or anyway double concept. The mood is agentic: “sure our foes have the power now, but if we do something, if we just have enough journalists and scientists and NGOs, we’ll win.” Moral clarity, even if naive, even if loud-mouthed.

What zeitgeist is embodied now?

But that said you can hear the apocalyptic apathy, the apathetic apocalypsism. (All about the end.) Depressive flagellants. (“My tuition’s paid by blood, I might deserve your fate or worse.”)

What's wrong with what you think's wrong with the world?
* Anti-tech
* feeling of unreality.
* Post-truth. Misinformation. Russiagate paranoia, first-order programmable psychology.
* Climate change.
* Anxiety, weakness, fatigue, uselessness, guilt. To some extent this is just increased openness about old states. But not all?

What does it do, to stare constantly at your own fallibility and hopelessness? To attack yourself, and then pity yourself for being so attacked?

Anti-tech without the consolation of primitivism or traditionalism. Unable to log off because there's nothing else you value.

Somehow the top priority of the default worldview, racism, doesn't come up in these songs.

* Rate of interacting with anon strangers
* The left switched to personalising social problems. (Strictly speaking the theories are all still structural, but the praxis is radically individualist and moralistic.) Fuck Peterson: Marx is turning in his grave.
* Podcasts: The return of radio! The triumph of the crowd! Zines that people actually care about!
* Online dating dominates, sexting
* The death and rebirth of blogging

because the internet by Childish Gambino

Man made the web, you don’t need a name
Man made of faults, I ain’t too ashamed…
Every thought I had, I put it in a box
Everybody see it, just before the cops
Andrew Auernheimer pulling on her weave,
it’s that Andrew Auernheimer
Texts from people I never met, doors left open
(Who is this? Don’t do it, where are you?
Who is this? Who is this?)
I don’t know who I am anymore

This album is nearly 10 years old, and it certainly feels different, dated (e.g. namedropping “iphone”). But CG shares the essential queasiness of the rest of this internet music: he was clearly at the vanguard of the extremely online.

The mood is ultra anxious, decadent, but unlike others he manages to convey some wonder and love of info and tech.

Inside by Bo Burnham

A covid album more than an internet album. But the covid years were the most intense internet years ever.

He is always skilled, sometimes beautiful - but often limits himself to novelty songs. (What is a novelty? Something which works only once, regardless of the quality of that once.)

Mommy let you use her iPad; you were barely two
And it did all the things we designed it to do
Now, look at you! Oh, look at you!
You, you! Unstoppable, watchable…

White Woman’s Instagram is several things. It sneers. Seeing positivity, he has to drag it down. He hides his negativity behind political piety: without the ‘white’ qualifier it would have caused him trouble. (Race as a normative modifier: it’s ok cos…)

But then it drops all that and shows her mourning her dead parents and I defy you to smirk.

Her favorite photo of her mom
The caption says, “I can’t believe it
It’s been a decade since you’ve been gone…
It’s got a little better but it’s still hard
Mama, I got a job I love and my own apartment
Mama, I got a boyfriend and I’m crazy about him
Your little girl didn’t do too bad
Mama, I love you, give a hug and kiss to dad”

So the cruelty was a tool: bait for our cruelty, to get us to lower our guard and so feel shame when those dead parents remind us that this is a [fictional? no matter] person and that taste-as-in-cynicism is a small thing.

(Notes on craft: Burnham shifts his voice more nasal for this section, her direct speech. He also expands the aspect ratio, to denote that this is the real thing instead of the screen representation; or to denote our narrow view of this woman. And here’s a stretch: you could crudely say that her Insta looks like heaven because she thinks her parents are there.)

What torments Burnham? Lockdown, clearly. Modern political guilt, but only somewhat. Something organic under it all.

Problematic is perfectly poised between sincerity and irony (“Or that I’d live to regret it”). The great moment is when the second half apologises for the first half of the song, an acute look at a very common online phenom, where someone apologises and then has to apologise after the initial apology gets savaged.

I want to show you how I’m growing as a person, but first
I feel I must address the lyrics from the previous verse
I tried to hide behind my childhood and that’s not okay
My actions are my own, I won’t explain them away
I’ve done a lot of self-reflecting
Since I started singing this song
I was totally wrong when I said it
Father, please forgive me for I did not realize what I did
(Or that I’d live to regret it)
The times are changing and I’m getting old
Are you gonna hold me accountable?
My bed is empty, and I’m getting cold
Isn’t anybody gonna hold me accountable?

But the song also distances him from his stupid, brilliant early work. Honour him for not allowing this to utterly crush him, for still telling some jokes, even if they’re sad and reject comedy.

Stunning 8K-resolution meditation app
In honor of the revolution, it’s half-off at the Gap
Deadpool, self-awareness, loving parents, harmless fun
The backlash to the backlash to the thing that’s just begun
There it is again, that funny feeling…

Twenty-thousand years of this, seven more to go…
Full agoraphobic, losing focus, cover blown
A book on getting better hand-delivered by a drone
Total disassociation, fully out your mind
Googling derealization, hating what you find
That unapparent summer air in early fall
The quiet comprehending of the ending of it all
There it is again, that funny feeling
That funny feeling
Hey, what can you say? We were overdue
But it’ll be over soon

I expect this to age much better than Childish Gambino.

(BTW the visual design of the show is more than half of the artistry, so watch rather than listen.)

Moral Panic by Nothing But Thieves

I can’t pin these guys down. ‘Moral Panic’ is a great title for satire - but they’re too earnest and don’t seem able to rise above their moment. e.g. There’s a random dig at MAGAs. (They’re English.)

More like Pendulum than Mclusky. Still, one great song:

We’re shutting down the internet…
I got some pills but not some help
make my clicks spike
Why don’t we hit the minima?

Remarkable. Scott is both hyperintellectual and anti-intellectual, a radical with no theory and no praxis. (She has much the same revulsion towards formal microeconomics as I once did. The title is a Java joke.)

Atomistic rational behavior / Invisible hand savior
Fucking up your definitions even though it’s life or death
Who fucking told you you were selfish
Or even self-interested
Don’t you think it matters when we’re with our friends, the best

The obvious standout is Raet, an elegy of a Musk fan who woke up, a post-rationalist anthem. But Moonsickness is her lyrical triumph, or whatever the opposite of triumph is: exultant despair, proud sickness.

Rare entry from the prior generation, someone with a reference for what things were like before. Cancel culture exists here. But actually it’s only half current malaise and half an oddly detailed picture of a post-human malaise. (“I lit up the sea, pulled down the stars for you”) “Sunshine” is a remarkable portrait of a Disneyland without children, sung by the final unemulated humans. Ray Kurzweil comes up in two different songs. You may take my mortality, you may take my toil, but you shall never take my misery.

Small mistake: “a terrible crime”.
It’s better than solid state.
It’s all messed up, it’s better that way
Everyone you know, crooked little numbers game
Everywhere you go, it’s all the same
Watch them rise and fall
Human after all (take care of other)
Used to be, the world was too far away
Used to be, the stars didn’t have much to say

(Is the eponymous ‘solid state’ death? No, it’s larger: it’s the state of nonexistence: when your legacy, all evidence of your past and any continuing effects of your actions cease.)

The echo of a choice, the static that you leave behind / Is better than solid state.

Brave is a portrait of the keyboard warrior, mostly the incel kind (though the right has no monopoly on resentment). It’s not totally devoid of empathy.

Slack-jawed sheeple with their eyes closed
There’s too many of you, more than I can save
When I torch the place, cover up my face,
That will make me brave.
Filling in the shapes of shadows in my cave…
You speak and presto-changeo, now I’m the bad one.
My heart hardening, counting up the lonely nights,
all the little slights I’m taking to my grave.

All of the pieces and none of the places they go
So I am looking at pictures of cats.
Too close, so I’m pretending I’m far far away.
Not now; I didn’t want to be useless today.
Try me tomorrow, today has been laying me low.

The best depiction of the chilling effect.

The other artists mostly ignore surveillance, one of the defining evils from before. They feel they have larger problems

To listen to them, you’d think the internet was a curse.

I’m reminded of the popular view of Twitter (and Reddit), as a sea of toxin which needs to be tightly controlled. Sorry to tell you that the toxin is coming from inside the house.

None succeed in capturing the internet’s aesthetics and logics as well as Dril. But then nothing does.

The problem is, extreme cases are rare. Rare enough not to show up in our random samples (or at least not in sufficient numbers for us to run statistics). So we resort to laboratory experiments or simulations, which bring rigour and yield strong results, but also face constant criticisms for lack of external validity. Or we single out cases for qualitative analysis, which allows in-depth understanding, but are mostly suited to specific (often processual) research questions. There is another way to sidestep the issue of rare cases. It consists in purposely taking identified rare cases and adding other observations randomly, and is known as case-control design. The case-control design offers promising research avenues for our field. It opens the door to a better understanding of breakthrough innovation, corporate misconduct, megamergers, financial restatements, etc. Still, this boils down to sampling on the dependent variable, something we have been warned against repeatedly as graduate students. The risk is sample selection bias and false inferences...

So too with all cultural criticism, like the above.


« von Neumann Legacy and the memory of legacy »