Like any maximally nerdy (but romantic) young man of the last century, I tried to understand the Tractatus Logico-Philosophicus when I was 19. I did not succeed, even given the help of someone who has spent half his life reading it. This was not surprising, since I didn't understand symbolic logic or the predicate calculus or Fregean semantics when I tried, and bounced off the Sheffer stroke.

And, despite appearances, this is not a work of rationalism at all: it only reduces everything to logic in order to show up logic. But in the process of trying I came up with cool drawings of some of it.

Don't take these too seriously, as the Austrian said to the Welshman. 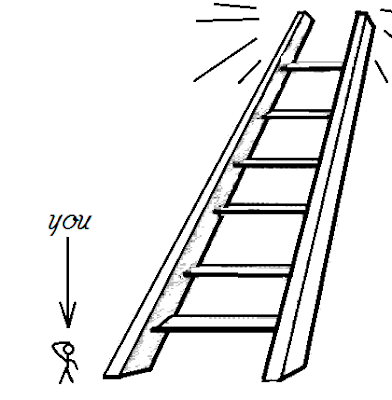 Wittgenstein does not, however, relegate all that is not inside the bounds of sense to oblivion. He makes a distinction between saying (sagen) and showing (zeigen) which is made to do additional work.

A 'picture' is a model of reality... A picture cannot depict its pictorial form: it displays it.

Sketches of a minimalist metaphysics: “the most that can sensibly be said” about everything at once, and then some. A work of theoretical semantics which invites the reader to read it as a poem, and to reject it. I wanted this post to be wordless, but you won’t get much out of it if I don’t do some setup. A version with the German original and both flawed English translations is here. 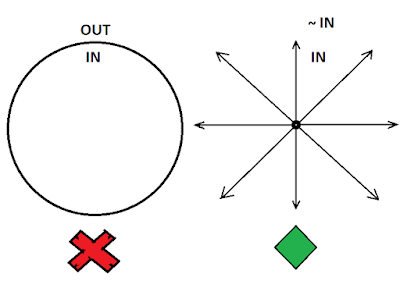 Pardon the German, but it's really important to keep things separate, because his ideas are so particular and weird. For instance, he does not count vague thoughts as "thoughts" ("Gedanken"). What he means by "picture" is really odd: more like a modal logic formula than a diagram.

Some of these are never stated, and I struggle to see how you'd work out that he has made them without immersing yourself in Frege and Russell.


Hence language can lead to knowledge and finally end philosophy (or the Cartesian project, at least).

The logical structure of language has "multiplicities" which relate directly to the external world, or, to the true barebones meaning of statements. This explains everything which is clear and determinate, and everything else about life cannot be explained in language, so there's no point doing philosophy about it.

4.003 - Most of the propositions and questions to be found in philosophical works are not false but nonsensical. 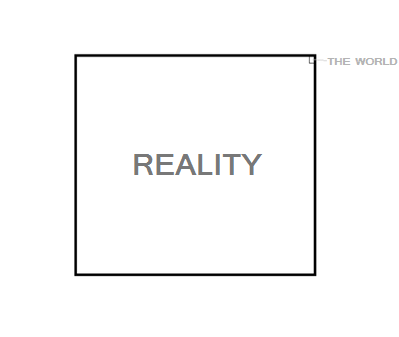 1. The world is all that is the case. 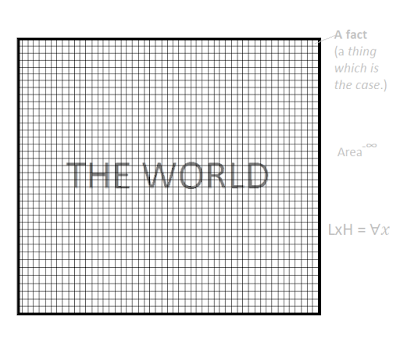 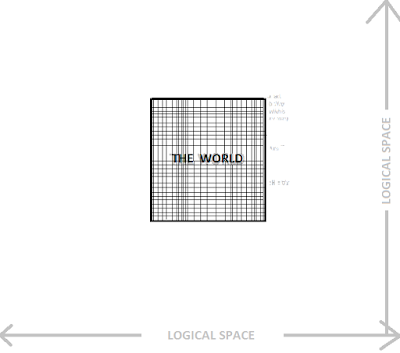 2. What is the case is the existence of states of affairs 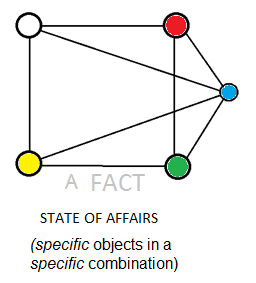 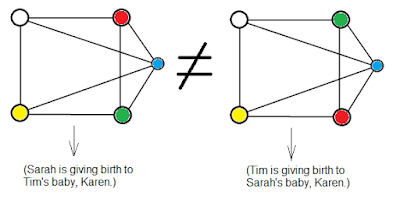 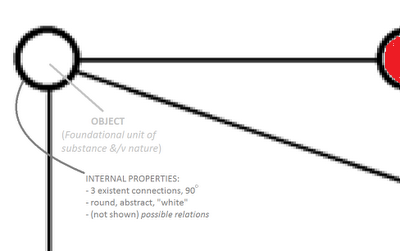 3. A logical picture of facts is a thought. 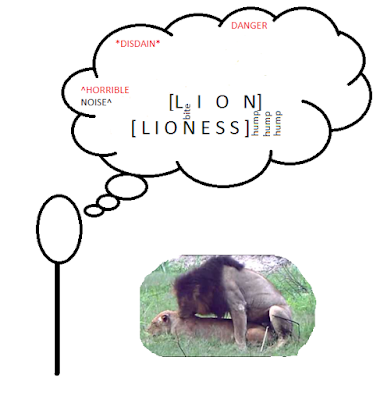 3.01 - The totality of true thoughts is a picture of the world.
3.1 - In a proposition a thought finds an expression that can be perceived by the senses.
3.3 - Only propositions have sense; only in the nexus of a proposition does a name have meaning.
3.332 - No proposition can make a statement about itself, because a propositional sign cannot be contained in itself.

4. A thought is a proposition with a sense. 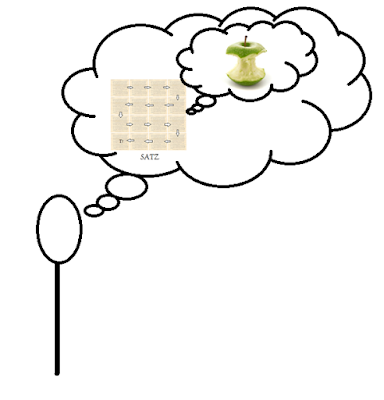 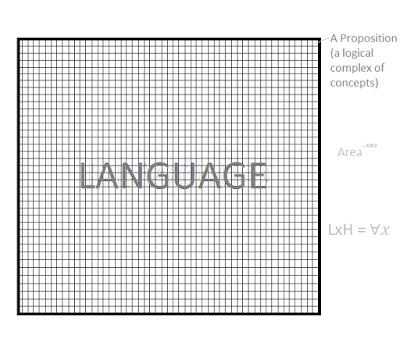 4.003 - Most of the propositions and questions to be found in philosophical works are not false but nonsensical.
4.0031 - All philosophy is a 'critique of language'. The apparent logical form of a proposition need not be its real one.
4.11 - The totality of true propositions is the whole of natural science
4.461 - Propositions show what they say; tautologies and contradictions show that they say nothing.
4.464 - A tautology's truth is certain, a proposition's possible, a contradiction's impossible. 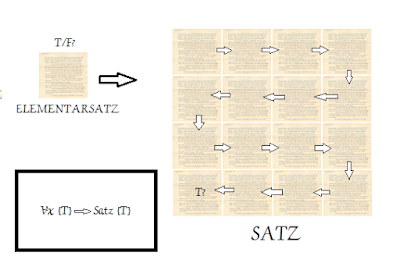 6. Truth-functions and propositions have the same general form 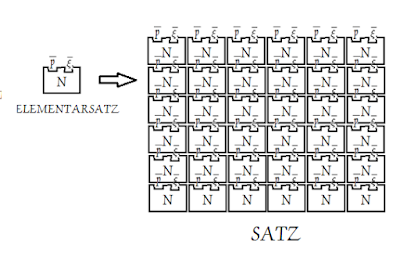 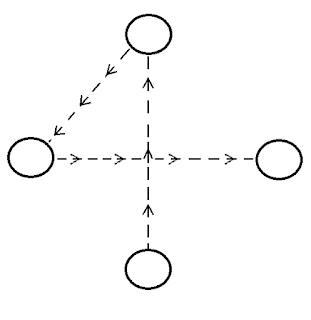 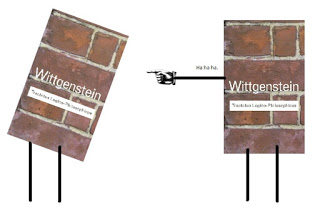 7. Whereof we cannot speak, thereof we must be silent. 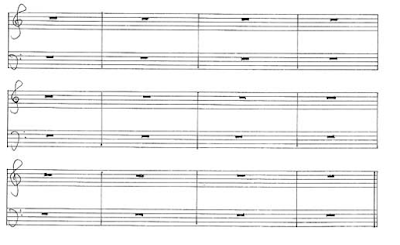 All the things in these pictures can easily be said: they all fit into a set of propositions (albeit a self-refuting set): it’s called Tractatus Logico-Philosophicus. Drawing is only a kind of saying; the kind of reference that he means by zeigen is less concrete and more important than this. 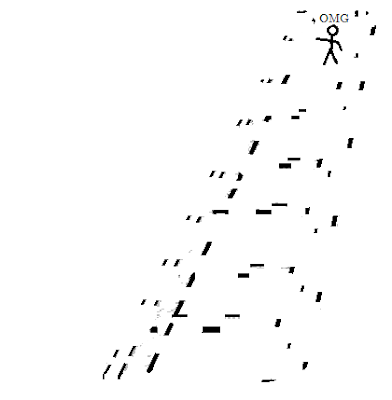 
« Punk as ideology 'Have One on Me' by Joanna Newsom »