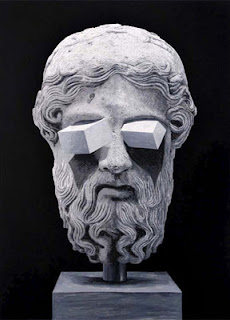 ...there is an internal ethical urge that demands that each of us serve justice as much as he or she can. But beyond the immediate attention that he rightly pays hungry mouths, child soldiers, or raped civilians, there are more complex and more widespread problems: serious problems of governance, of infrastructure, of democracy, and of law and order. These problems are neither simple in themselves nor are they reducible to slogans. Such problems are both intricate and intensely local...

Specialisation is for insects.

Turns out that a degree - even one on ‘real world’ topics like, supposedly, economics - isn’t a skill. Isn’t really much to do with much. This is galling, because I have bottled action in me and have failed to get moral hydraulics to steer it.

Is that too reductive? I might not have such a quantity of good intentions without my years among the humanities; they only suck for obtaining hard skills. And ‘hydraulics’ means just narrow technical skills. To have those is to be able to instrumentalise oneself: to have the option of production. (More often, you’re made to get credentials that imply you are productive.)

What spiritual costs does this instrumentalisation levy? I was at a conference the other day where people were banging on in the Frankfurt way about ‘instrumentalisation’. I do sympathise with their background theory - which attributes modern atrocity and mental illness to the reign of scientism and the cult of practicality - but not in the uncritical, almost superstitious, way it gets invoked. Useful things are abhorrent to a certain mindset. Since they following Horkheimer who followed Kant, what I’ve read of Cultural Studies tends to bear an awful, watery stance, where an agent or project’s being problematic implies that it’s taboo, irredeemable, a moral medusa.</div>

In discussing the ‘white saviour complex’, one speaker implied that objectifying someone you are trying to help is such an evil process that it negates any good your action might cause. Teju Cole:

From the colonial project to Out of Africa to The Constant Gardener and Kony 2012, Africa has provided a space onto which white egos can conveniently be projected ... The banality of evil transmutes into the banality of sentimentality. 'The world is nothing but a problem to be solved by enthusiasm'.

This conflict leads to condemning the attempts of all kinds of liberal structures (welfare state, NGOs, the UN), and from there, passivity. Because they rightly probe the mixed motives and identify unconscious power structures in do-gooders, the scholar can feel satisfied in holy inaction. This is the accidental turn of the ‘New’ Left ; reading is not only political, but political enough. The only labour you owe to the disadvantaged is your intellectual labour; since everything else you might try is tainted.

But as long as it is chosen, as long as it’s not the only thing you get to be, there’s little wrong with objectifying yourself, choosing to become, among other things, an instrument. The trick is to retain your radical goals even with a prosaic, professional, instrumentalised exterior.