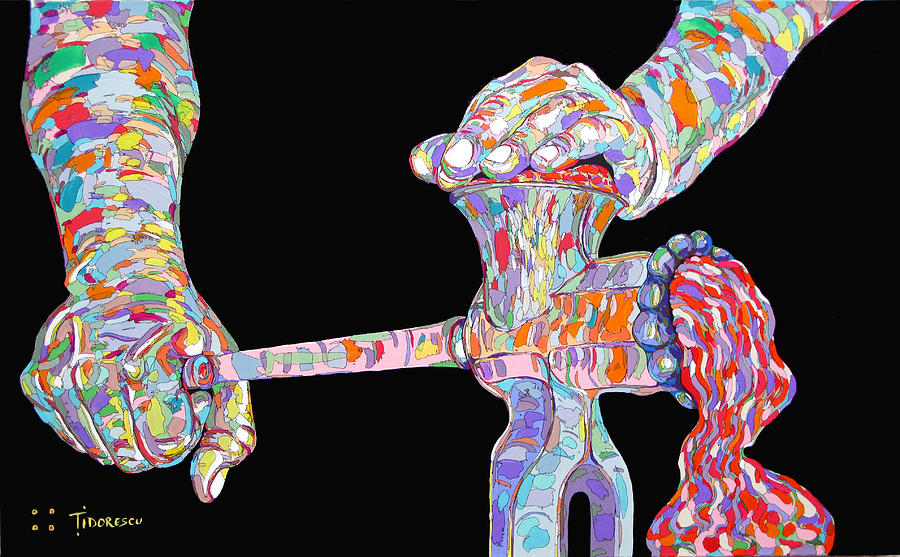 I don’t give money to places that harm animals; the biggest part of that is not buying meat, eggs, dairy, etc.

I haven’t written much about it; I dislike signalling in that way and I’m suspicious of the effects of calling-myself-things on my thoughts.

There’s a certain kind of vegan - anti-modern, pious, loud - that perhaps limits the audience for animal rights. So I had better pipe up with my supposedly more rational, bioprogressive / ecomodernist form. (Someone else will have to handle the task of making it not seem weird.)

I was recently interviewed on the topic for some sociology research:

Can you tell me in your own words, what your definition of veganism is? What are your reasons for being vegan?

Veganism is usually ‘not consuming animal products’. My sort follows from a more general view of what is ethical: ‘don’t cause harm to anything which can probably experience harm’.

Vegetarianism is actually implied by common beliefs, but few people act like they’ve joined the dots:

My brother is a meat-eating freegan, but that fits consequentialism: it is not eating meat that causes harm, but sending economic signals that eventually cause the meat industry to cause harm. Similarly, I wear clothes bought from charity shops, including leather; since reusing clothes does not constitute economic demand, it causes no animal suffering, so it is morally neutral. Or, actually slightly positive, since it obviates the production of new clothes.

I don’t mind if people say I’m not ‘vegan’ as a result. The label is not the point: stopping the harm is. It all boils down to harm reduction:

What does it mean to you personally?

It is a minor chore I undertake in order to meet minimal ethical standards: first, do no harm.

Can you remember a specific moment that triggered your veganism? What was this?

I’d been vegetarian since I was 16, for utilitarian and anti-capitalist reasons (e.g. McDonalds deforesting Brazil for grazing). In a first year ethics course, my lecturer pointed out that ethical vegetarianism is hypocritical:

Veganism appeals because it prevents most harm, and because it is consistent where ethical vegetarianism is not.

Can you tell me about your transition to veganism? How long did this take? How did you carry it out?

It took me three years to accept the seriousness of this and switch. I didn’t know any vegans (even the aforementioned lecturer ate cheese). Milk was the biggest hurdle; I am very into all-day cereal. So I tried every form of plant milk I could until I got used to it. (Almond and horchata win.) I still miss pizza sometimes, but I actually no longer think about my diet from day-to-day; it is second nature.

Were there any challenges or personal concerns you had during your transition? How did you deal with them?

I had to cook properly for the first time in my life. And my decision was and is mocked in friendly terms by my high school friends (but never university ones). I researched the nutrition quite intensely and still keep up a solid regime. I take B12, vitamin D, creatine, and choline, to cover potential deficiencies. (These “subclinical” deficiencies aren’t so well studied, but the remedies are safe and cost less than £1 per day, so it’s a good deal.) The odd potential effects of soy isoflavones on hormonal balance was another one; I eat below 25g of raw soy per day.

Health, as a standalone motive for veganism, is not well-supported; the studies that show e.g. decreased cancer or cardiovascular disease are selecting from a population that is already unusually health conscious (and I don’t know of any proper controlled trials). It could be true, but at present it isn’t warranted. I want more people to go vegan, but decisions should be evidence-based or go home.

Are there any challenges or concerns that you have today with regards to your veganism? How does this make you feel?

None really. I live in Glasgow and London which are both amazing for it.

You stopped being vegan for a short period of time: what were your reasons for this? What made you return to veganism? How did stopping make you feel?

I lived in Tanzania in 2012; the available vegan food consisted of plain haricots, spinach, cassava and potato; not at all complete enough, in protein terms, for a long-term diet. The family had a well-treated cow, so I milked it and had boiled milk with breakfast. I was completely fine with this decision, until I learned that I had contracted giardiasis, probably from that milk!

Has your sex and/or gender ever been brought up as an issue/subject with regards to your veganism in any way? How did this make you feel?

It was an issue when I lived in China, where meat still has a status that it has largely lost here; many men eat as much meat as they can, for both class and gender signalling. I was teased for being squeamish or feminine in both the UK and China, but more in China. (In Tanzania it was sometimes respected as very sophisticated, but never emulated.)

I don’t mind; my gender is not really relevant to me (except insofar as being male and not having dysphoria has probably made my life easier). I don’t understand people who are stung by the above kind of mockery.

Do you promote veganism in any form? If so, in what ways? What has the reaction been to this?

I don’t actively promote it; I view my role as normalising the practice by not being single-minded or stereotypical about it. I lie in wait; people usually bring it up themselves and the subsequent conversations are my contribution. I have turned perhaps a dozen friends onto the necessity of it. I don’t have formal research to back this up, but I suspect that this method prevents fruitless interactions caused by vegan dogmatism and omnivores’ “anticipated reproach”.

I recognise the need for louder activists; I will donate to the Humane League, a transparent, evidence-based animal organisation (with an amazing name) who do this work well. I would support the criminalisation of factory farms, if that turned out to be a more effective way of solving the problem than e.g. alternatives like in vitro meat or (in the short-term) meat offsets.

You chose to be vegan for reasons that could be seen as trying to work towards a much bigger cause. Do you feel this way, like that you are part of a much larger movement? Or do you practice veganism and your choices are purely a personal thing?

Yes; I am an abolitionist about involuntary suffering; I have crazy sci-fi views about how we might achieve this.

The natural world seems an appalling place; billions upon billions of creatures starving or being eaten alive or raped every day. But we simply do not have the capacity to do much for them now; ecology is far too complex for us to know that intervention would not cause even more harm. There is a fledgling academic literature on the topic, but we are a long way from fixing this.

The least we could do is not make the problem worse, but people inexplicably support increasing the number of obligate murderers in the world (that is, “reintroducing wolves” and all that).

We are fortunate that science and industry are developing a way for us to end this quickly without unrealistic social change or a potentially counter-productive legal ban on factory farms: cultured meat (physically identical animal protein, produced without harm through cell biology) is here, and its price has dropped by a factor of ten thousand in a few years; some (biased) people forecast that mass produced cultured meat could undercut factory farms and drive them out of business within 30 years.

This may be already covered, but: how do you set boundaries for yourself on what is and is not acceptable to buy or consume? And are there any situations in which you would be more lenient?

The general principle is: no unnecessary harm to anything that can feel it. In modern urban life, this means: don’t go hunting and don’t buy anything any way that gives money to the harmful industries. In traditional societies where hunting is still a primary food source, it means: hunt with large guns, not bows. In poor mountainous societies where sufficient crops cannot be grown it means keeping goats and sheep is permissible (until the world trade network links up with you and offers a fair price for soya).

My friend has chronic anaemia: her eating the occasional fish is arguably necessary harm.

You can consume animal products without moral problems if e.g. they’re taken from out the bins of supermarkets (actual theft is an economic signal however so none of that); if they’re heirlooms; or if it was already dead (e.g. roadkill); or if we get more info about the combination part of the binding problem which lets us classify borderline cases.

(There is a chance that eating clams is morally neutral; they have no central nervous system, i.e. nowhere that signals could be integrated into an experience.)

I don’t do any of the above, for aesthetic reasons (as well as because my protease levels have changed so much in 10 years that it would probably be a very unpleasant experience!)

GWWC is actually closely associated with the work of Peter Singer, perhaps the most famous animal rights thinker. But it’s true that they prioritise the suffering of humans - but this isn’t necessarily an ideological decision, since we have a principled (and partially objective) way of ranking which organisations to support: the QALY per dollar. I donate to the Humane League (animals), the Against Malaria Foundation (humans), and GiveWell (incredibly deep research into charity effectiveness, including animal charities), in that order. If any animal organisation shows itself to be more effective (measured in QALYs per pound) than the first two then I will switch to them too.

Is being a member of an organisation that promotes veganism an important part of your ethics?

Not inherently; only insofar as the meat industry is the worst thing in the world and insofar as the ways that one person can tackle it are as powerful as the ways I can tackle e.g. malaria in humans. I am very pessimistic about collective action in this case; most people simply do not care about meat animals, and will not switch until we make cultured meat cheaper than factory meat.

I’m not a joiner really; I only joined GWWC in order to commit myself to a nonselfish life. No way out now, not without looking like a dick!